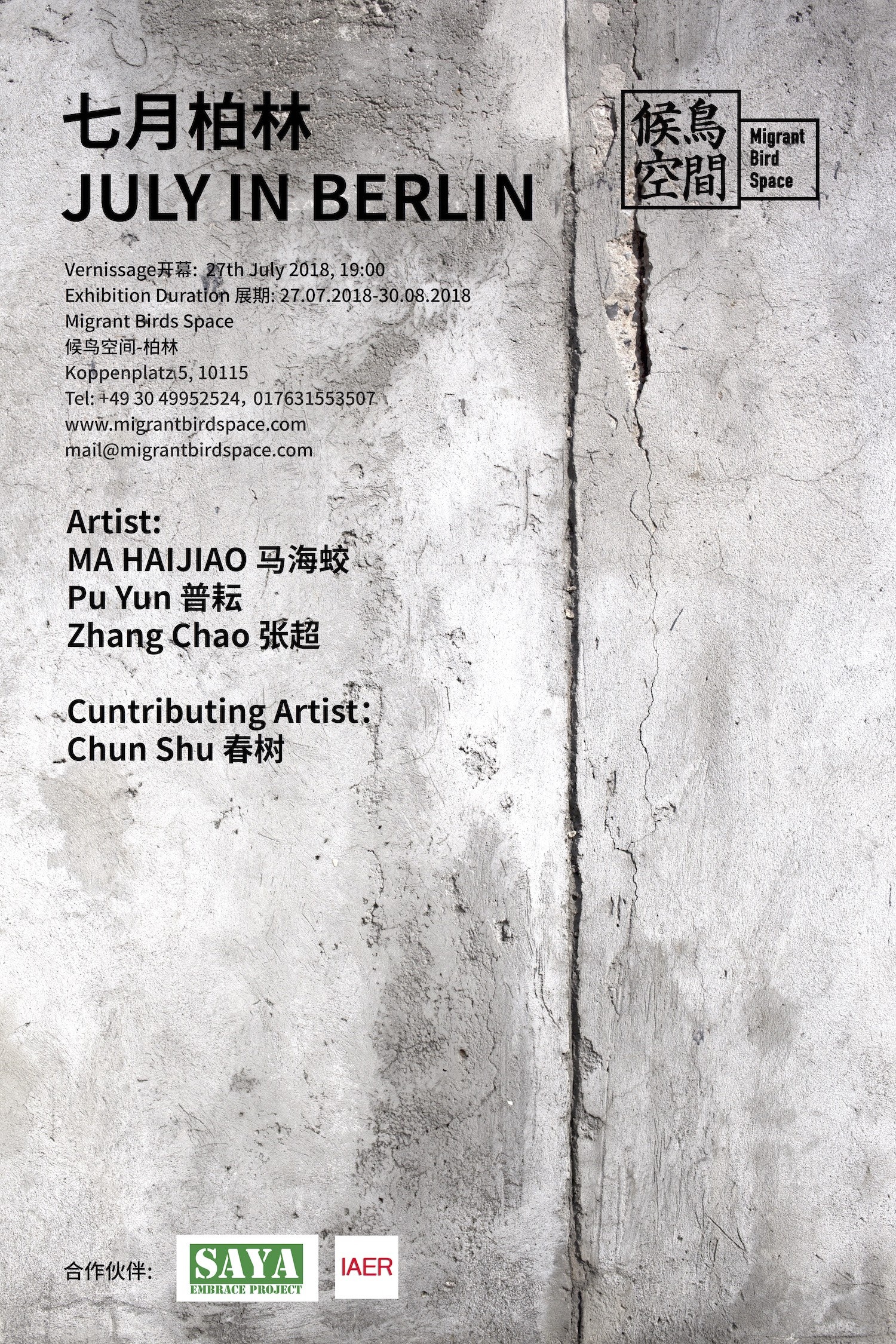 The Berlin Wall Was No Part of My Youth

The Berlin Wall came down in November 1989, ushering in a new era in world politics. Born in June 1990, the artist missed out on the chance to interact with the Berlin Wall when it still divided the city. During his residency in the German capital, he bases “The Berlin Wall Was No Part of My Youth” on his own experiences. Ma Haijiao projects his own body onto surviving sections of the Wall. As a member of the first generation growing up after the end of the Cold War, he seizes the immediate contact between his own body and the Berlin Wall as a prism to reflect on his political life experiences. This work is a sensory response to the weight of history.

A Piece of Red Cloth

Artist Statement: I chose a gap between two surviving sections of the Berlin Wall where it had been knocked down. I measured its dimensions and had a piece of red cloth cut to the precise length and height of this space. One early morning in July 2018, I closed off the gap with this red cloth and kept it there until I was forced to remove it.

Next I divided the cloth into squares and rectangles based on the surface area of my own body measurements. Some of these sections I gave to German girls I randomly met, sunbathing at the Spree-front or in Berlin’s parks. Other remaining sections of this red cloth will be gradually appearing in spaces where it is meaningful. I will complete the piece as time goes on. The last leftover section which doesn’t match my body’s surface area will be kept for my future daughter.

Artist Statement: More than a city, Berlin for me embodies liberty. The Berlin Wall marks an ideological standoff. For someone like me who grew up in a socialist country, it’s redundant to go back and forth across the Wall, as physical freedom is just a façade for the freedom of the mind.

What fascinates me is an imaginary wall, one built from my own servility and fear. Those who tried to break through the Berlin Wall from 1961-1989, searching for freedom, were like paper aeroplanes smashing against a wall — but their persistence and yearning for liberty was what ultimately brought the Wall down. My piece for this exhibition lasted several days. In the gallery space, I folded paper aeroplanes from blank paper and threw them hard against the wall. After several impacts, the paper crumpled. The wreckage of these paper aeroplanes accumulated on the floor below. As of now, there are around 1500 planes. Visitors are invited to build their own aeroplane and let them fly as well!

In a second step for this work, I will collect and flatten out all the wreckage, combine it into one sheet of paper and rebuilt it into a single large aeroplane.

ALL PRICES ON REQUEST