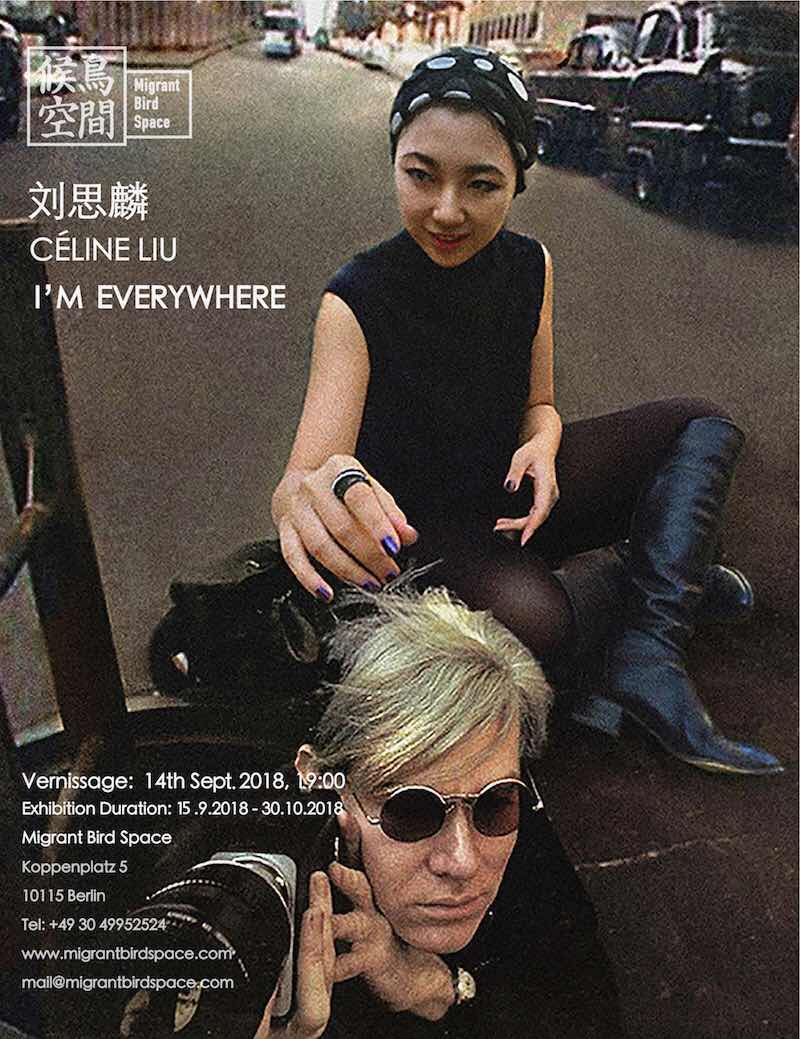 Silin Liu habitually crosses the boundaries of photography and digital art, while also exploring installation and performance. On view at Koppenplatz 5 are Liu’s infamous series CéLINE LIU, for which she received the Jimei x Arles Discovery Award, as well as works from her most recent project APPME and an installation of the video-works SIRENS. The exhibition at Migrant Bird Space is Liu’s first solo-show in Germany.

Silin Liu assumes the identity of her alter ego Céline Liu to travel through time and space: Partying with Diana Spencer, conversing with Simone de Beauvoir, protesting alongside Martin Luther King — iconic personalities and moments in history are cast in a new light by the ever-present persona of the artist. Each image is the result of a meticulous week-long process that places charismatic Céline into the familiar settings of our cultural memory.

Rewriting history in her own image, award-winning concept artist Silin Liu (a.k.a. Céline Liu) ponders the role of photography in the era of cultural globalisation, the irrational worship of icons and our understanding of images as vehicles of historical storytelling.