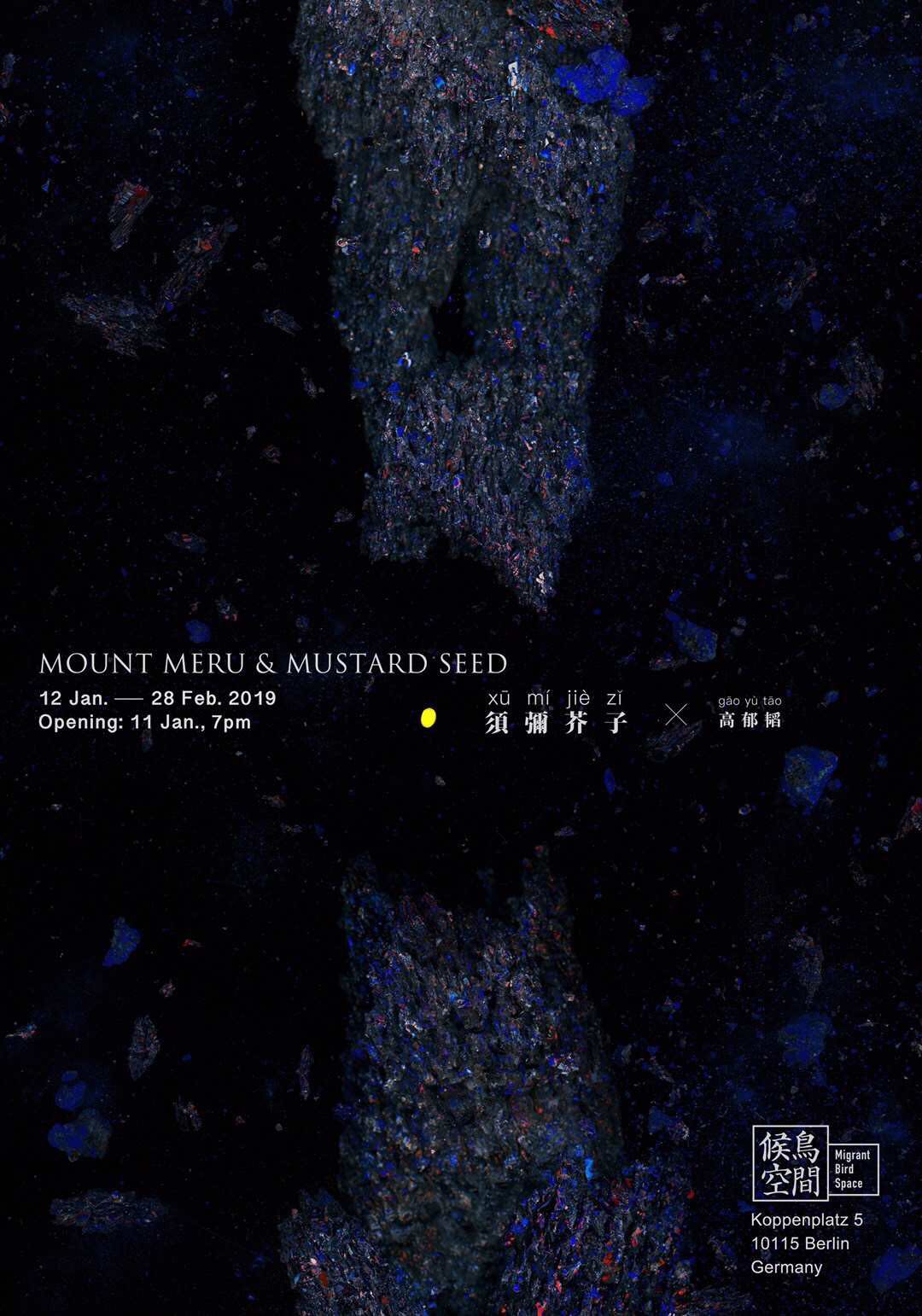 Spanning a web of myths and microcosms, Gao Yutao’s first solo-exhibition at Migrant Bird Space Berlin revolves around the theme of “stone”: the stone as a prominent subject in Western & East-Asian mythologies, as a medium of spirituality and as an object of artistic merit in and of itself.

The title of the exhibition, “Mount Meru & Mustard Seed”, goes back to Buddhist cosmology where the sacred Mount Meru is considered to be the center of all physical and spiritual universes. As the metaphor goes, fitting the entire five-peaked Meru into a tiny mustard seed means recogni-sing the potential of even the smallest things in life: both are subjects of thought and as such, they occupy the exact same space in the mind. In the first part of the exhibition, Gao Yutao uses scanned imagery of stone-structures and postcards from artworks on East-Asian & Greek mythology to create surreal large-scale prints which explore the interconnections of micro- and macro-worlds. The second part of the exhibition features installations with sculpture and projection, fathoming the relationship humans have had with stones as a practical material and as subjects of spiritual significance. This is Gao Yutao’s first solo-show in Germany.