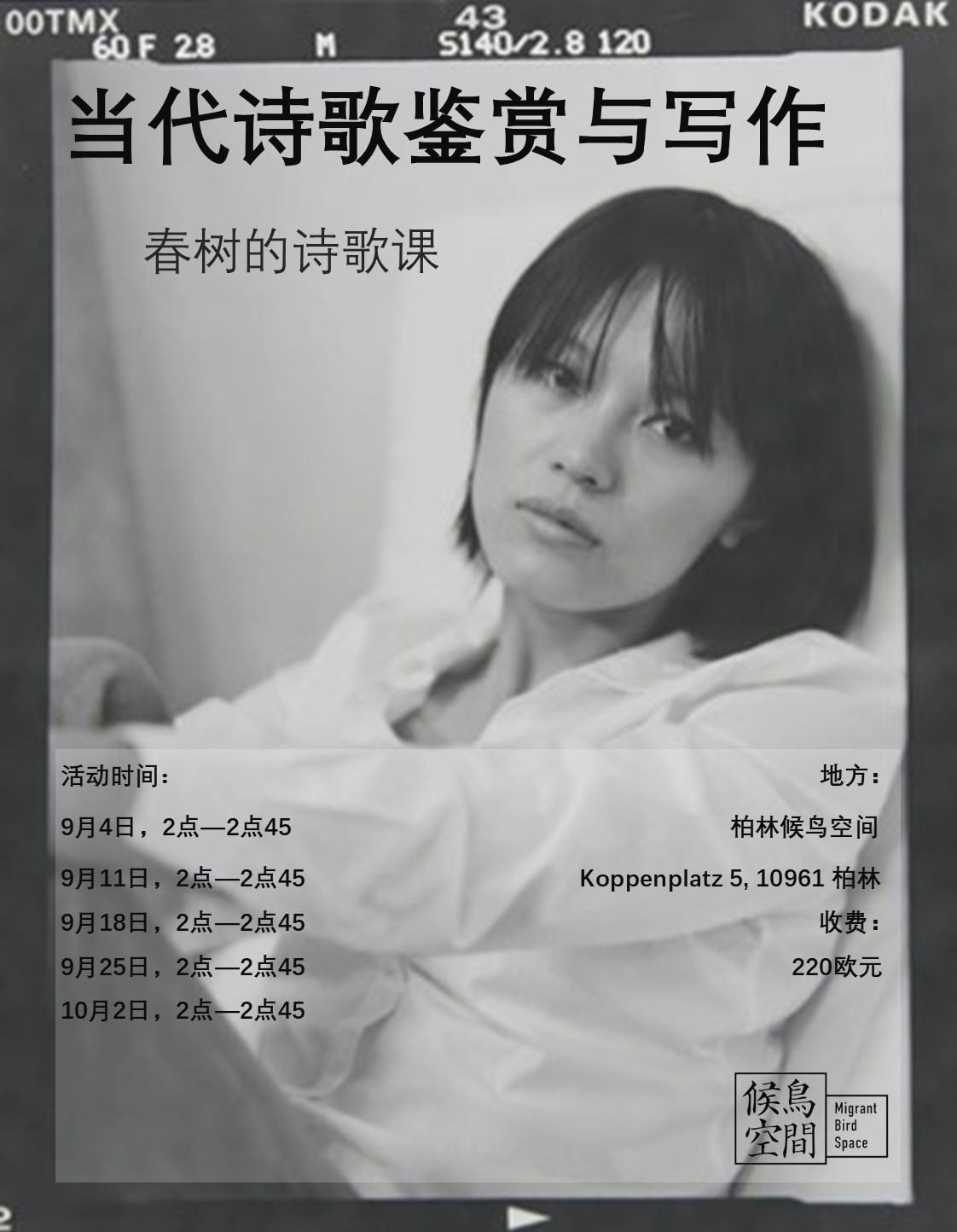 Born in the Shandong province in 1983, writer Chun Sue, also known as Zou Nan, is part of the so-called “Past 80s Generation”. Variously described as brutalist or edgy, she dropped out of school as she felt too constrained by the Chinese school system. Her rebellion is one of the topics she talks about, especially in her main oeuvre “Beijing Girls (Beijing wawa)”. She appeared on principal Chinese periodicals, such as People’s Literature (Renmin Wenxue), Furong, Fiction World (Xiaoshuo Jie), Poetry Periodical (Shi Kan) and the English periodical Pathlight, as well as the TIME. Chun Sue now lives between Beijing and Berlin.

Prominent Chinese poet Shen Haobo writes: “(Chun Sue is) not one of, but The best poet of the young generation. She is worthy of far greater praise than the accolades she has so far enjoyed. She represents a leading figure in Chinese poetry, but this importance has not yet been given its due.”