Living in the German capital the vibe of the surrounding art scene stimulated the couple’s own vibrating creativity.

Through mutual inspiration, the couple developed a new dynamic artistic language during their work in their Berlin studio.

The painter and photographer Qi Yafei is known for her interior views presenting daily family life in Chinese urban settings. In Berlin, she began to focus on her new residential environment and partially includes her partner Georg Óskar. She presents him seated in their Berlin kitchen, but hidden in evaporating, dense smoke. Allowing the beholder a glimpse into her private space, the artist keeps her partner’s face hidden.

The expressive figurative paintings by Georg Óskar deal with people in his immediate vicinity and mythical figures of subconscious worlds. The artist is fascinated by starlight illuminating his nocturnal dreams. There, love making figures clash with cartoonish characters and superheroes, revealing a sarcastic, cynical and yet funny spirit. Additional messages, written on the paintings, amplify the expression of the subject’s thoughts.

Migrant Bird Space is proud to present new works by the artist couple, which tells its Berlin story in a unconventional visual language.

Following the project support from Norsk Fotografisk Fond (Norwegian Photographic Fund), the couple is currently staying in Oslo and will return to their Berlin studio again soon. 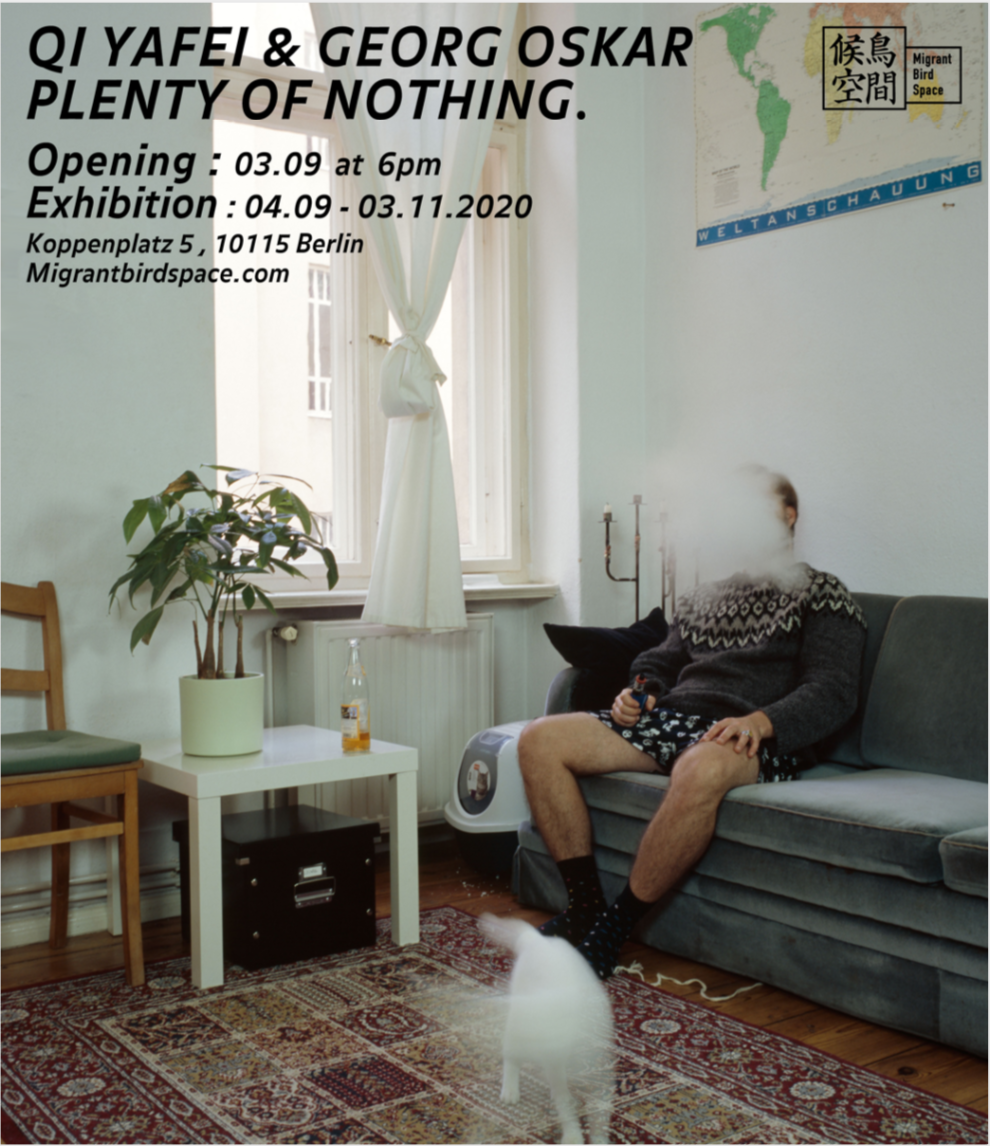